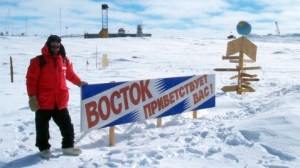 On February 5, 2012, scientists from the Russian Arctic and Antarctic Research Institute of St. Petersburg drilled through a final layer of ice in their quest to reach Lake Vostok, a 14 million-year-old subglacial lake located 13,000 feet below the East Antarctic Ice Sheet.

In January 2019, three experimental drones entered the four-mile-deep borehole to map the lake’s surface; scientists lost contact with two of the drones but retrieved the third, heavily covered in a frosted residue. Researchers sealed the hardware and handed it over to the Chinese Academy of Sciences in return for access to better, pressure-stable drone technology. The drone’s last known whereabouts remained documented as the Wuhan Institute of Virology in Hubei Province.

By the end of 2019, a new severe acute respiratory syndrome coronavirus-2 (SARS-CoV-2) emerges, leading to the COVID-19 global pandemic. Many governments limit their personnel in Antarctica while China and Russia increase their presence.

On March 2, 2020, the Russian Arctic and Antarctic Research Institute began a robotic exploration of Lake Vostok and its surroundings. One drone returned images from the lake’s perimeter, displaying a blanket of energy over the southwestern shore. When all three drones ceased contact on April 15, 2020, researchers dispatched a fourth drone capable of withstanding high radiation levels. 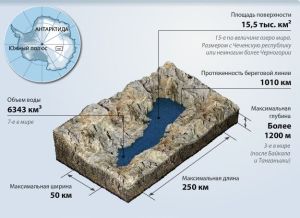 The drone returned after three-days with images of an eastern lagoon and the hundreds of pods lying beneath its surface water. Efforts to redeploy the drone in May 2020 came to an end when the Russian Federation ordered Vostok Base to cease all exploration. Vaccines are administered throughout Antarctica for COVID-19 in January 2021.

Scientists and researchers return to the surface over Lake Vostok in March, equipped with privately funded drones designed for Mars exploration. The first drone recorded a massive metallic structure within the lagoon, along with the remains of previously destroyed drones and six large and elongated pods within the slushy shallows.

Worldwide unrest developed after scientists predicted debris from meteor (7341) 1991 VK, which struck asteroid 433 Eros, in orbit around Mars, would enter the Moon’s established orbital path. When their predictions came to pass, the Moon’s altered orbit made oceans worldwide too unstable for sailing ships.

Antarctica experienced rising tides, volcanic eruptions, and massive quakes. Unable to tolerate the low air quality, residents at Vostok Base retreated into their structures and hoped for rescue; the Russian government abandoned its science teams in the South Pole.
The Eros Impact occurred on January 20, 2022.

Vostok Base lost all contact with other stations throughout the continent, and on the last day of January in 2022, scientists at Vostok encountered what they believed to be alien life.