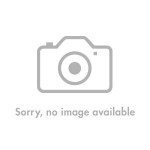 The Australian Genocide is the helovx name for the August 21, 2184, attack on the people of Australia, following The Perth Incident in Ramaxia on Jixak 20, 2184.

On the morning of August 20, 2184, CM2 K’no Wram issued an expulsion-warrant for helovx Ambassador, Mylie White, from Ramaxia Primada. OHA assigned Axyrn arrived at the base to find that White clandestinely evacuated, taking a Ramaxian citizen named Ubo Litx, hostage. Litx, a low-level attaché once assigned to Ambassador Prime Gentix Relo, had lost her position earlier in the year due to her illicit affair with White.

Unclear on whether Litx was a prisoner or a willing deserter, the Second Office, K’no Wram, ordered Australia to return her. The dispatch somehow made it into the hands of then Primepromad of Antarctica City, Fusa Kul, reached out to her former command, the TCS Kasko, the vessel assigned to the waters between Ramaxia, and Australia. The ship’s Promad, Uli Zag, tracked the shuttle carrying White, and allegedly holding Litx, to Heard Peak. Primepromad Kul departed the AC and boarded the Kasko, and ordered Promad Zag to acquire the ship and Litx, at all costs. When Zag contacted Prime Chair of Fleet Operations, Gilo Gwo, Gwo issued a standing order for Zag to break off her pursuit; she then requested Primepromad Kul to return to Antarctica City. On board the Kasko, Kul told Zag that White took Litx because White was a spy with a mission to learn hibernation schedules, and the location of their off-world bases. Dissatisfied with Zag’s lack of response, Kul commandeered the Kasko, with the help of Zag’s Komad, Gid Ikat, and proceeded to carry out the Kulixa Objective.

When the ASIO and White reached the coast of New Perth at 2 am, August 21, 2184, Litx escaped her cabin and slaughtered them all, then sunk the ship to the bottom of the sea. Litx sent a message before doing so, seen only by the commanders of the TCS Kasko. Upon receiving it, Primepromad Kul, ordered the communication destroyed. When Promad Zag refused, Kul dismissed her from the bridge and ordered all available TCS to join her in the Raxito`acarol (Indian Ocean).

At 2 a.m. TCS Chironex and TCS Ramaxicol arrived in the waters around Aotearoa and Jungwa, while the Kasko remained stationary over the Sunda Trench. Kul ordered the PAC Woxidat to the coast with Striker Clutch Three, and as the strikers flew over the coast, they destroyed two ground to air missiles fired at them, before moving over the interior of the continent. At 3:00 am, the TCS Kasko began firing kyrsplasma charges into the Sunda Trench, causing an intentional shift in the Australian tectonic plate. Massive tsunami developed and were turned from their natural path by low-level sonic strings emitted by the Polar Fleet. The waves made to swing east, formed and moved toward the North and Western coasts of Australia. PAC Woxidat emitted a sonic barrier along the shores of southern Yazhou, while PAC Jyrulix did the same around Tasmania and South Aotearoa.

Massive earthquakes rocked continental Australia from 4:00 am to 4:45 am. The Sunda Tsunami hit the North and West coasts at 4:50 am.

As thousands of refugees evacuated into the interior, they were attacked by Striker Clutch Three, dropping MagIo Clusters, which were programmed to seek out and destroy anything moving on the ground. As refugees in the East attempted to cross the newly formed isthmus connecting Australia to Tasmania, the Jyrulix released Striker Clutch One. The Delphic Strikers bombarded the narrow strip of newly created, unstable land with Plasma-Saline Burners, killing all that tried to cross it. At 12:00 pm, a refugee submarine, carrying over three hundred Australians, slipped by the Jyrulix when her then Promad, Sixth-Gen Axil Tol, moved off to call into Ramaxia. Tol had been ordered to halt her attack; these orders came from Primary Ixo Kul, herself.

The submarine managed to make contact with the NAU Fleet hours from fiery islands of Hawaiki. When Primepromad Kul caught up with them in the Kasko, the NAU Fleet of eight carriers and four submarines, surrounded the Australian submarine. Kul ordered NAU Admiral John Keever, to withdrawal or be destroyed. Keever refused to acknowledge. Kul ordered the release Sword Pod Tizix, to carry out an underwater attack on the NAU Fleet. The NAU fleet attempted to fight back but to no avail. By 2 pm, all that was left of the NAU Naval fleet was one submarine, and damaged carrier. Keever was ordered by his superiors to abandon the Australians and return to North America.

At 4 pm on August 12, 2184, the Kasko, under the command of Primepromad Fusa Kul, destroyed what remained of the Australian people.