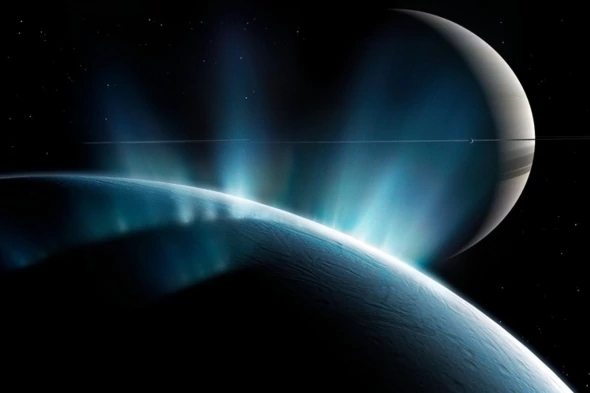 Suvayul is the sixth-largest moon of Suvaxicon. It is about 300 miles in diameter, and is covered by ice, with mid-day temperatures reaching −198 °C (−324 °F). The Suvayul’s sub-ice surface varies from heavily cratered to tectonically deformed, with fresh geological activity measured to be over a 100 million years old. Suboceanic temperatures fluctuate due to cryovolcanic activity throughout the planet, concentrated most heavily in the southern polar region where base forms of microbial life exist around fractures in the seafloor.

The helovx first discovered the Suvayul in 1789, with subsequent remote observation in the 1980’s and early 2000’s. Mapping of the Suvayul occured remotely during the era of the Sixth Ramaxian Gen. Orbital jurisdiction occured in 2218 with the arrival of the Dag I, part of the Ninth Gen’s exploratory Project Suvaxicon.